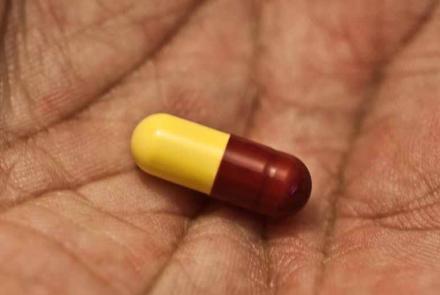 To save a life

Prema-chandra Athukorala is Professor of Economics in Crawford School’s Arndt-Corden Department of Economics, Fellow of the Academy of the Social Sciences in Australia, and Honarary Professorial Research Fellow at the University of Manchester. He teaches Economic Development (IDEC8022).

How ASEAN economies can succeed
Promoting growth in a time of rising protectionism.

Researchers have linked antibiotic resistance with poor governance and corruption around the world.

Lead researcher Professor Peter Collignon from The Australian National University (ANU) School of Medicine said the increase in antibiotic-resistant infections was one of the greatest threats facing modern medicine.

In the United States alone, around 23,000 deaths and two million illnesses each year have been attributed to antibiotic-resistant bacteria.

“It is a finding that will be surprising to most people in the field of Medicine.”

Antimicrobial resistance is an urgent global health priority. The World Health Organisation describes it as a looming crisis in which common and treatable infections are becoming life threatening.

Professor Collignon said the research suggests that addressing corruption and control of antibiotics could help lower antibiotic resistance and save lives.

The research examined antibiotic resistance in Europe from both a medical and a political-economic perspective, and was a joint project from ANU School of Medicine and the ANU Crawford School of Public Policy.

The research, which is published in PLOS ONE, found that a country’s level of antibiotic resistance is not related to its wealth.

“In countries with greater corruption, antibiotic usage may also be much higher than what is recorded.

“If governance and control of corruption can be improved, this can be an important factor in reversing high levels of antibiotic resistance.”

The team found resistance levels were higher when healthcare was performed by the private sector.

“This may be because clinicians in the private health system are subject to fewer controls when it comes to both the volumes and types of antibiotics used,” Associate Professor Senanayake said.

“If more appropriate prescribing and better antimicrobial stewardship were to take place, that will likely result in lower levels of antibiotic resistance.”

Poorer countries should not regard antibiotic resistance as an inevitable consequence of their financial situation, said co-researcher Professor Premachandra Athukorala, from Crawford School’s Arndt-Corden Department of Economics.

“If governance and corruption issues can be better addressed, it is very likely that major reductions in levels of antibiotic resistance will result – this will also lead to many other benefits worldwide,” he said.