Home » News » Clearing the smoke from the kitchen 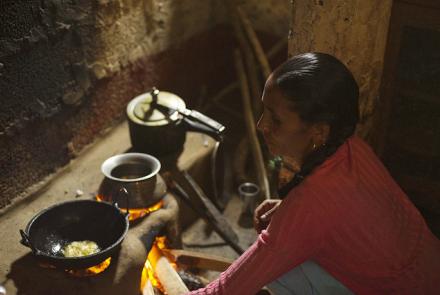 Clearing the smoke from the kitchen

Paul Burke is a Professor in the Arndt-Corden Department of Economics, Crawford School of Public Policy. His research interests include energy economics, environmental economics, and Asia-Pacific economies. He teaches IDEC8029 Issues in Applied Microeconomics and IDEC8089 Energy Economics.

The economic empowerment of females in developing countries helps households move away from the use of low-quality biomass fuels, a new study from Crawford School has found.

The study, co-authored by Crawford School’s Dr Paul Burke and recent Crawford School Masters graduate Guy Dundas, used data for more than 100 countries to analyse factors affecting the use of fuelwood and other bio-energy materials by households.

In many places, women are the principal collectors and users of biomass for household cooking and heating. Both activities can be time-consuming. The paper finds that a rise in female labour force participation of 10 percentage points is typically associated with a 20 per cent reduction in household biomass energy use.

Smoke from household use of biomass energy is a leading cause of health problems in many developing countries.

“Almost three billion people rely on traditional fuels for the majority of their cooking needs. Homes can be very smoky, and this is terrible for people’s health,” Dr Burke said.

The World Health Organisation estimates that 4.3 million deaths per year are caused by household air pollution from the combustion of biomass and coal, mainly in developing countries. The international community is working toward universal access to modern energy under the United Nation’s Sustainable Energy for All initiative.

“Female labor force participation remains low in many developing countries. Our results suggest that additional efforts to promote the economic empowerment of females would help in achieving the Sustainable Energy for All goals,” Dr Burke said.

The research has been published in World Development. The paper, data, and estimation commands can be downloaded from Paul Burke’s website.