Home » News » COVID-19 and its challenges for the global economy 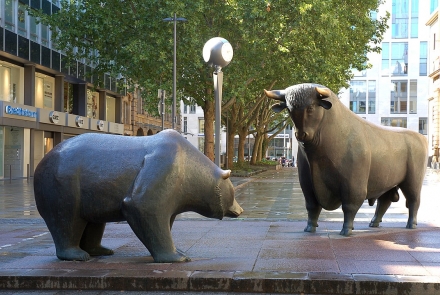 COVID-19 and its challenges for the global economy

Yixiao Zhou is a Senior Lecturer at the Arndt-Corden Department of Economics, Crawford School of Public Policy. Yixiao has expertise in understanding drivers of inclusive growth and development and identifying policies that enhance them.

Replace JobKeeper with a better and fairer JobMaker

The COVID-19 pandemic emerged at a time when the world was already in a state of economic uncertainty. Yixiao Zhou looks at how COVID-19 may exacerbate this unease and identifies four key challenges for policymakers to consider.

The COVID-19 pandemic not only caused a tragically large number of human lives to be lost, but also dealt a heavy blow to economic activity. For the first time since the Great Depression, advanced, emerging, and developing economies are in synchronous recessions. The IMF projects global growth to be -3 per cent in 2020 and the World Bank estimates it to be -5.2 per cent in the baseline scenarios. In comparison, during the Global Financial Crisis (GFC) global growth fell by -0.1 per cent.

Adding to that challenge is the fact that the global economy did not enter the pandemic from a strong position and there were existing malaises. The COVID-19 shock could worsen these pre-existing conditions and pose greater challenges to the frail parts of the global economy. Four key challenges are identified here.

1. Secular stagnation may be deepened

In the past two decades, in advanced economies, slower rates of growth in private investment demand have resulted in lower real interest rate, as well as slower rates in the uptake of technologies and hence slower total factor productivity (TFP) growth. The decline in TFP growth rate has slowed economic growth and inflation growth as well. The combination of these trends suggests a revival of “secular stagnation”, a long-term economic slump in the global economy according to the Harvard economist Larry Summers. The pandemic may deepen this pattern. During the pandemic, uncertainty rises and both consumer and business confidence dropped significantly. Businesses and individuals become more risk-averse and tighten their belt to make more saving. This could persistently weaken private consumption and private investment, reducing aggregate demand, which results in a downward spiral that is hard to break out of.

2. Income and wealth inequality may rise

Faced by the pandemic, governments in developing countries are often more constrained in fiscal capacity because of the weak taxation revenue base and high level of public debt, and therefore may have less ammunition to combat the economic downturn than governments in developed economies. This poses a wide gap between developed countries (along with a few emerging markets) and the developing countries in their resilience to crises. If developing economies experience greater economic contraction than their developed counterparts, we may see a reversal of the decline in between-country inequality.

We may also see a rise in within-country inequality as economic conditions of low-income households tend to be more negatively affected during a crisis. Social distancing requires production activities to rely less on workers gathering in facilities or offices and more on internet-based remote work. This could cause automation, digital and internet technologies to replace some workers more rapidly. As repetitive and routine tasks tend to be more easily replaced and often pay lower wages, further replacement of these roles by new technologies could cause income inequality to rise further. Rising inequalities within countries have resulted in discontent and disbelief of the promised benefit of globalisation. Furthermore, rising inequalities will further increase excess saving, reduce long-term real interest rates and aggregate demand, and therefore further deepen the secular stagnation pattern.

3. Global trade and investment may contract

Since before the GFC, world trade growth has lost momentum relative to world GDP growth. The ongoing trade conflicts including the US-China trade conflict also tend to slow global trade expansion. Since the pandemic, there has been a reflection on the trade-off between efficiency and resilience of the global value chain (GVC). Some argue that a growing list of events, ranging from natural disasters, to geopolitical, technological, contractual, or demand factors, would suggest that just-in-time practices are not optimal and that production networks need to become more diversified, regionalised, closer, and even re-shored. In contrast, others argue that trade source diversification, while reducing production efficiency, will not help much in reducing risk under events such as the pandemic, because competition for goods is no less at local level (between states, cities and even hospitals) than between countries. Therefore, restructuring the GVC to diversify trade sources is not the solution to security, and instead, building global resilience is the key.

4. Rising debt and the inability of monetary policies to stimulate growth may cause financial fragility

Prior to the outbreak of COVID-19, there has been a wave of growing global debt since the GFC. Historically, debt waves often ended in financial crises. During the pandemic, governments in various nations have adopted both expansionary fiscal and monetary policies to prevent a slew of job losses and bankruptcies. These policies are aimed at keeping temporarily closed companies in business, workers on the payroll, and vulnerable household solvent. Consequently, global debt levels have been heightened further.

The large scale of government debt casts a long shadow on the debt burden. How to share the burden of its repayment in the future becomes a critical question. One solution is to pass the burden to future generations, which will spark inter-generational tension. Another solution will be to allow central banks to purchase large amounts of new government debt. This may indirectly set off inflationary pressures, which in the long run serves to shrink the debt burden. A third possibility is to address the challenge through increase in taxation. The fourth way is to enhance productivity growth and boost growth to expand the tax base. Debt could be sustainable when real interest rate is lower than the rate of economic expansion. Although many predicted that real interest rate will stay low for a long time, one could not rule out the possibility that real interest rate may tick up in the future, thus increasing repayment burden. Therefore, to make the debt sustainable and affordable, driving productivity growth and economic growth in the long run would be increasingly important for all economies. Key sources of future productivity growth include structural reforms that aim at boosting economic dynamism and business environment and continued investment in research and development (R&D) activities for new technologies.

Along with the strong fiscal reaction, monetary policies have become highly expansionary as well. Central banks have acted fast and forcefully in responding to the pandemic. While monetary expansion is critical emergency measures for counteracting the downturn, there are also side effects. As central banks ramp up assets purchase, they may have implicitly become the largest underwriter of credit risk, building moral hazard into investor expectations. Other reforms are required to bring about structural adjustments to jolt economy out of the unsustainable pattern of high debt, high underemployment, low productivity growth, low investment returns, and slow income growth.