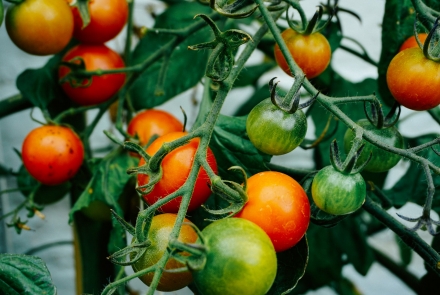 Photo by Dan Gold on Unsplash

Raghbendra Jha is Emeritus Professor of Economics in the Arndt-Corden Department of Economics at the Crawford School of Public Policy. He is Fellow of the World Innovation Foundation and specialises in development economics, macroeconomics, and public economics.

In 2016, even before the COVID-19 crisis, the Food and Agriculture Organization estimated that 815 million people or 10.7 per cent of the population at that time were going hungry. The Status of Food Insecurity report in 2015 revealed that there were 780 million undernourished people in 2014-16 in developing regions of the world alone.

The COVID-19 crisis will only exacerbate these crises. Currently the world is concerned about disruption of supply chains in pharmaceuticals, personal protective equipment, and the like. But with large scale displacement of rural labour in large parts of the world and countries restricting food exports the disruption in food supply will soon become evident. Indeed, the United Nations has warned of the risk of global famines.

The COVID-19 crisis will have multi-faceted impacts on the world economy and society, but this article confines itself to the core areas of food insecurity, public health, and environmental degradation.

Before discussing these issues, a few matters should be put to rest. First, the COVID-19 crisis has revealed that the world is globalised – at least in the sense that all peoples and countries are affected by the virus and all are engaged in finding solutions.

Second, given the grim hunger, poverty, and under-nutrition statistics, it is defeatist to argue that we should give up on economic growth and go through a phase of what has been called ‘slowbalisation’. For decades growing national incomes and world trade have lifted hundreds of millions out of poverty, hunger, and disease.

Third, it is not entirely accurate to suggest that rapid economic growth is alone responsible for environmental degradation. Indeed, recent literature has also argued that it is a certain pattern of private consumption rather than income growth per se that is the prime determinant of environmental degradation – which is defined broadly to include several factors including carbon emissions.

So, the essential challenge is to keep economic growth rates high while reducing the rate of consumption growth at the margin. What is needed is an expenditure switch.

Perhaps the most compelling reason is the anticipated rate and distribution of population growth in the world. The United Nations estimates that just nine countries are expected to account for more than half the population growth between 2017 and 2050.

This, along with rapid pace of urbanisation, implies that agricultural land in these countries is under threat of being taken over by urban sprawl. Much of this land is highly fertile as it occupies basins of some major rivers.

Furthermore, growth in agricultural productivity is not keeping up with that required to feed the world’s growing population. Along with these supply constraints urban centres’ development leads to further pressures on other natural resources, in particular, water.

As communities urbanise, food demand goes up, along with a sharp increase in urban land area.

As a consequence of this, there are serious concerns about the availability of adequate food. As is well known, there is a distinction between food security and agricultural production. The economics of food and access to it is complex, and the mere availability of food does not guarantee the attainment of food security. Thus, large parts of the world were looking at a neo-Malthusian future, even before the COVID-19 crisis.

Some studies have discussed policy measures that need to be undertaken to ensure that there is adequate food security for all by 2050. Two – the first on the supply side and the second on the demand side – are discussed below.

On the demand side, the diversion of grain to feed farm animals should be curtailed, if not eliminated. This would need a tax on meat and other products, which is a market-based solution. The consumption of crops by farm animals is creating an externality, reducing access to food for millions which the market is unable to price. A consumption tax on meat would serve this purpose. The diversion of crops to production of biomass, ethanol and other products should be restricted by taxing these products.

The revenue raised from both taxes could be used for subsidising agricultural research and development to stimulate more agricultural output for food and augment public health expenditures. The COVID-19 pandemic poses unprecedented challenges for food security. Judiciously targeted expenditure switches which can be financed without unduly burdening government budgets could form part of the policy response to this challenge.