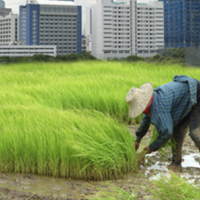 This paper examines the poverty-reducing effect of a large-scale unconditional cash transfer program (“the state welfare card scheme”) launched by the government of Thailand in 2017 that covers over 20 per cent of the country’s population. The program’s impact on monetary poverty, measured by consumption expenditure per capita, is estimated using nationally representative household socio-economic survey data collected in 2019. Using a sharp regression discontinuity design, the study finds that the programme does not reduce monetary poverty, as intended. In addition, the programme causes a significant decline in food expenditure. There is evidence that the underlying reason for the lack of impact is due to poor targeting. The findings point to the need to revamp the programme at both design and implementation stages.