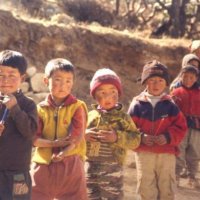 The present study seeks to build on earlier work by identifying the factors associated with the frequency of natural disasters and the resulting mortality. Drawing together the main findings, some observations are made from a policy perspective to focus on key elements of a disaster reduction strategy. Countries that were prone to natural disasters in the previous decade (1970-79) continued to be so in the next two decades. Geophysical factors (e.g. whether landlocked, distance to coast) had an important role in explaining inter-country variation in the occurrence of natural disasters. However, income did not have any effect. Deaths varied with the number of disasters; they also varied with (lagged) deaths in the previous decade, pointing to (presumably) persistent government failures in preventing deaths where the deaths were high; poor countries suffered more deaths, controlling for these and other effects; larger countries suffered more deaths.

The pay-off from learning from past experience is high, as reflected in the elasticity of deaths to disasters. Even moderate learning can save a large number of deaths (e.g. through early warning systems, better coordination between governments and communities likely to be affected). Growth acceleration would also help avert deaths through more resources for disaster prevention and mitigation capabilities. A combination of the two-learning from past experience and more resources for disaster prevention and mitigation-would of course result in a massive reduction in deaths from disasters.

Attention is drawn to segmented and shallow disaster insurance markets; the Samaritan’s dilemma in providing emergency assistance to poor countries that neglect investment in protective measures; need for mainstreaming of disaster prevention and mitigation among multilateral development agencies and governments, as also growth acceleration ; why short-term relief must be combined with rebuilding of livelihoods and reconstruction, and the potential for public-private partnerships; and, above all, the need for building ownership of local communities and preservation of social networks.

A challenge for development assistance is to combine growth acceleration with speedy relief and durable reduction in vulnerability to natural disasters.