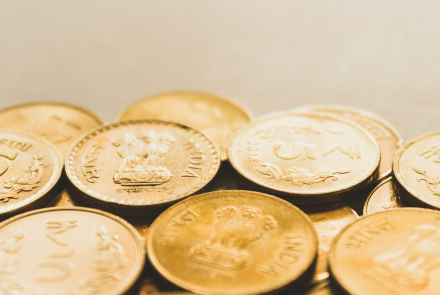 Photo by rupixen.com on Unsplash

Raghbendra Jha is Emeritus Professor of Economics in the Arndt-Corden Department of Economics at the Crawford School of Public Policy. He is Fellow of the World Innovation Foundation and specialises in development economics, macroeconomics, and public economics.

Policymakers in India should be lauded for avoiding a deeper economic crisis than might’ve been, but to safeguard the country’s COVID-19 recovery they must act boldly to both stimulate demand and protect supply, Raghbendra Jha writes.

During the first wave of the COVID-19 pandemic in March 2020, India had the world’s longest single lockdown. Naturally, its economy took a massive hit.

In the first quarter of the 2020-21 financial year, India’s gross domestic product (GDP) shrunk by 23 per cent, the sharpest decline of any major economy in the world.

Most economists and international organisations recognised this as both a demand and supply problem, but offered mainly demand-side solutions. All major Organisation for Economic Co-operation and Development (OECD) countries engaged in large scale quantitative easing – when a central bank purchases bonds or other assets from the open market in order to inject money into the economy in hopes of triggering growth or recovery – near-zero interest rates, and other demand boosting policies.

India was also advised to take the same route, but wisely chose differently. Its so-called ‘barbell strategy’ – which focused on a combination of expanded social safety nets for vulnerable Indians and policy adjustments being made in response to constantly updated real-time information – minimised the risk of large-scale hunger and mass bankruptcies.

This worked, and the economy showed signs of recovery throughout 2021, despite the terrible impact of waves of the Delta and Omicron variants. This has continued into this year and high growth is expected to continue in 2022-23. Expenditure patterns in the budget indicate that the economic recovery has been supported by rises in public consumption and investment expenditures.

Monetary authorities should be commended for keeping key policy indicators in check and ensuring adequate liquidity during this period. Furthermore, the Bankruptcy Act and other policy measures have ensured that the ratio of non-performing assets – a loan a bank has made to the open market that is not being repaid, a key indicator of economic performance – in public sector banks has fallen from 21 per cent in 1994 to 7.5 per cent on 2021. This is a sign that despite the pandemic, the climate for private investment remains vastly improved in India.

However, another factor has returned as a major problem – inflation.

India’s inflation rate of roughly six per cent is high. Though it is still below that of the United States and some other OECD countries, if entrenched, that level of inflation could stall India’s recovery.

While this is a concern, it would be prudent to imagine what would have happened had the country pursued a high demand-boost policy during the first wave. Rather than just inflation, it would have seen the even worse ‘stagflation’ – when higher inflation is coupled with low growth (usually thanks to stagnating supply).

Still, it is clearly an issue for India, so how should the inflation problem be tackled? What is the way out?

Clearly monetary tightening should be undertaken as a last resort. The country is facing a structural supply and demand problem which cannot be solved by monetary means alone.

When an economy is facing both demand and supply shocks, targeting the nominal GDP – the GDP given in current prices, without adjustment for inflation – rather than targeting the inflation rate, may provide better outcomes on average.

Therefore, at least for the next little while, India should focus on nominal GDP targeting, allowing inflation expectations to settle around the nominal GDP target and some stability for the economy, and revisit the question of appropriate monetary policy in more normal times.

Secondly, some supply side measures are needed. With the price of petroleum rising, largely due to geopolitical concerns, excise duties by both central and state governments keep petroleum prices high and exacerbate the price situation – this could be a place to start.

On top of this, India needs to expand its income tax base. Woefully, just over one per cent of the population pay income tax in India. This number must grow rapidly and substantially. One way to do this is by extending it to agricultural incomes – after establishing the costs and subject to standard exemption limits, where they would only be taxed on agricultural income above a certain baseline.

This would in turn give the government revenue to lower excise duties on petroleum, and even consider bringing petroleum products under a consumption tax. This would lower inflationary pressures, boost revenue, permit tax-rate reduction for the middle-class, reduce the size of the informal economy and tax evasion, and provide other benefits.

Crises provide governments a rare opportunity to implement deep reforms. Reforms such as these – nominal GDP targeting, expanding the income tax base, and in turn lowering petrol excises – can both provide immediate relief to the people of India and, by tackling inflation before it gets out of hand, improve India’s prospects for higher economic growth with lower inflation into the future.