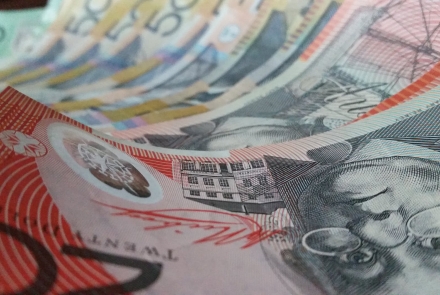 With inflation increasing to 1.7 per cent in the September quarter, record-low interest rates should remain unchanged, says Crawford School’s RBA Shadow Board.

The Shadow Board’s conviction the cash rate should remain at the new record low of 0.75 per cent equals 64 per cent.

The confidence in a required rate cut sits at 8 per cent, with a 27 per cent certainty a rate hike is required.

Shadow Board member Dr Timo Henckel said inflation had edged closer to the Reserve Bank of Australia’s official target of 2-3 per cent.

“Coupled with a dip in the unemployment rate, which sat at 5.2 per cent in September, and low real wage growth of only 0.7 per cent, this makes a compelling case for leaving interest rates unchanged,” he said.

“After the Reserve Bank of Australia’s rate cut last month, the Shadow Board now attaches a 64 per cent probability that the overnight interest rate should remain at 0.75 per cent.

Dr Henckel also pointed to the poor global economic outlook as another cause for concern.

“Forecasts for the global economy are weakening, according to the IMF. Growth in 2019 will be the weakest since the 2008 global financial crisis,” he said.

China’s current GDP sits at around 12.2 trillion US dollars.

A fall in consumer confidence was also raising red flags.

“Consumer confidence dropped noticeably from 98.2 per cent in September to 92.8 per cent in October,” Dr Henckel said.

Looking ahead, the Shadow Board believes a rate increase will likely be the most appropriate decision in six months – but only just.

Twelve months out, the estimated probability the cash rate should increase rises to 46 per cent. Confidence that rates should remain steady decreases to 32 per cent.

The RBA Shadow Board is a project based at the Centre for Applied Macroeconomic Analysis in Crawford School.

The Board brings together nine of the country’s leading experts to look at the economy and make a probabilistic call on the optimal setting of interest rates ahead of monthly RBA Board meetings. It does not try to predict RBA behaviour.