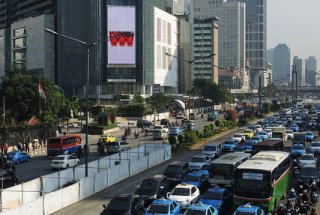 The much-anticipated visit of President Joko Widodo (widely known as Jokowi) was abruptly cancelled over the weekend, as violence erupted on an unexpected scale in Jakarta last Friday.

These events, arguably the most serious in the country since the May 1998 demonstrations that led to the demise of the 32-year Soeharto presidency, have shaken the nation.

In recent months, Jokowi had successfully out-manoeuvred all his political rivals, consolidated his grip on power, and appeared set for a decade of stability and progress at the helm of the world’s third most populous democratic nation.

(Indonesian presidents may serve for a maximum of two 5-year terms; Jokowi is two years into his first term.) Do we now have to recalibrate these optimistic scenarios, and what are the implications for Indonesia’s economic trajectory?