Home » News » Democracy Sausage: How to miss an open goal 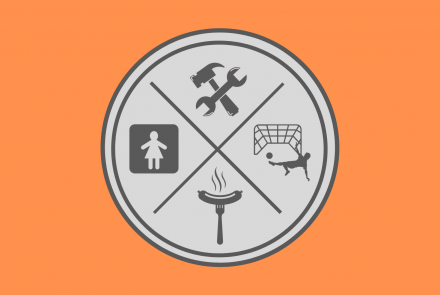 Democracy Sausage: How to miss an open goal

The COVID-19 pandemic has given the government the chance to reshape the economy. But by slipping on the hi-vis of infrastructure spending and ‘real jobs’, has the government missed a golden opportunity? Mark Kenny talks tax, ‘credible’ women, and class-based values and priorities with Helen Sullivan, Robert Breunig, and Marija Taflaga.

The Federal Budget shovelled vast sums of money out of the door of government and into the pockets of Australians. But with little in there for women, climate change, or to support structural change to the economy, were the funding decisions based on ideology and an outdated idea of Australia? And in structuring the budget towards tax cuts and infrastructure, has the government missed a free hit to make a better Australia and instead hoofed the ball into row Z of the stands? Joining Professor Mark Kenny to discuss the criticisms being levelled against the budget are Crawford School Director Professor Helen Sullivan, tax expert Professor Robert Breunig, and regular guest Dr Marija Taflaga. Listen here.

Professor Robert Breunig is the director of the Tax and Transfer Policy Institute. He conducts research in three main areas: economics of the household, empirical industrial organisation, and statistical and econometric theory.

Dr Marija Taflaga is Director of ANU Centre for the Study of Australian Politics and a lecturer in the ANU School of Politics and International Relations. Her major research is on political parties and particularly the Liberal Party of Australia.

Professor Mark Kenny is a Professor in the ANU Australian Studies Institute. He came to the university after a high-profile journalistic career including six years as chief political correspondent and national affairs editor for The Sydney Morning Herald, The Age, and The Canberra Times.

Democracy Sausage with Mark Kenny is available on Apple Podcasts, Spotify, Google Podcasts, or wherever you get your podcasts. We’d love to hear your feedback for this podcast series! Send in your questions, comments, or suggestions for future episodes to podcast@policyforum.net. You can also Tweet us @APPSPolicyForum or join us on the Facebook group.

This podcast is produced in partnership with The Australian National University.